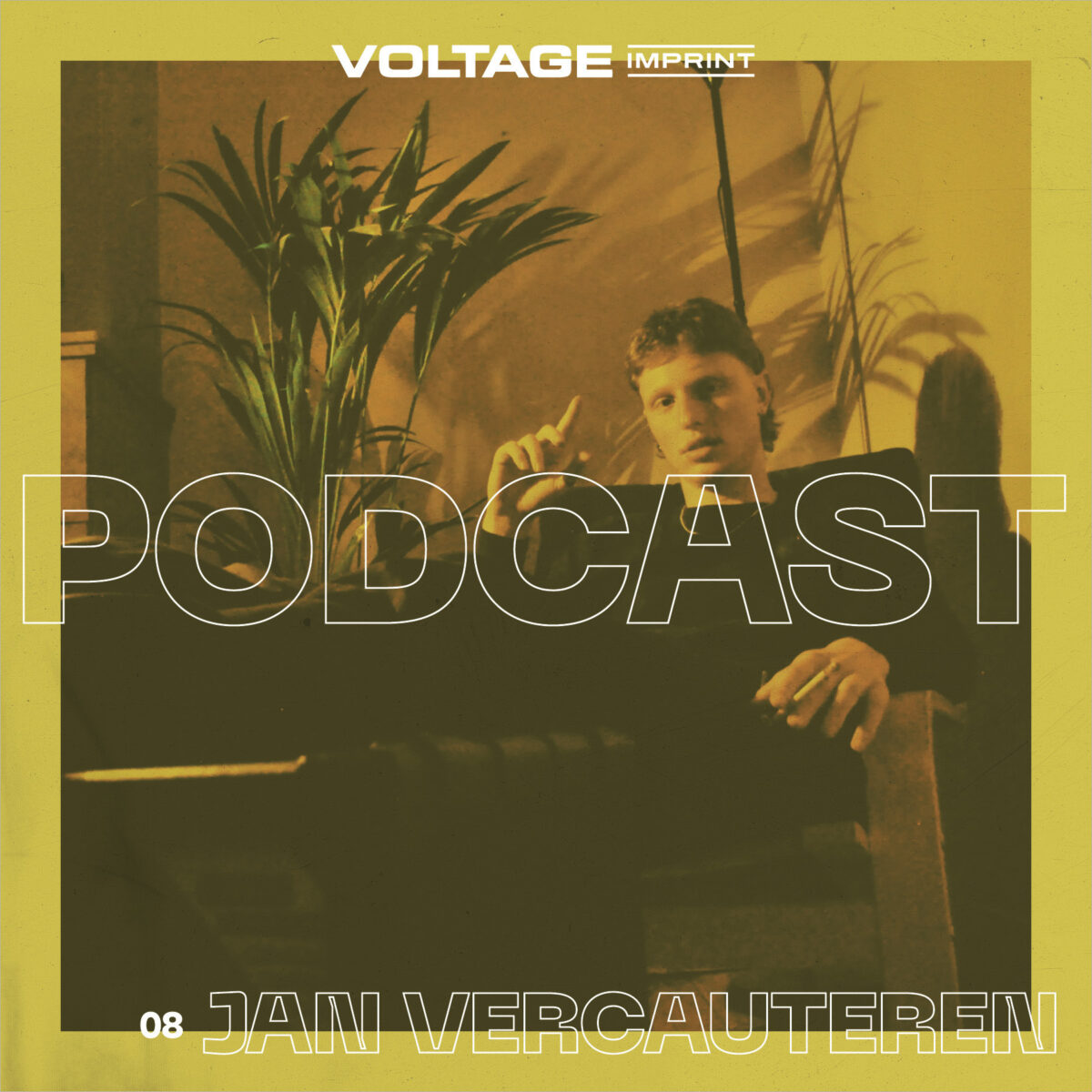 We are back with our 8th artist who’s ready to give you some fast-paced, hard hitting techno straight from our very own capital city Brussels - of course we're talking about the young Jan Vercauteren.

Vercauteren has been coming up really fast in the international techno scene with his tracks being played by the likes of SPFDJ, AnD, and Regal to name a few - which helps explain his quickly growing career. When he’s behind the decks, Vercauteren usually starts his sets at 145 BPM minimum and likes to take it up from there, known for saturated kicks and warped acid lines destined for warehouses and large-capacity parties.

Like many others in the new wave of harder and faster techno, Vercauteren pulls inspiration from 90s trance and techno, something that can be heard in his highly successful track Catch Me If You Can. This record was released on Rave Alert, the same label that picked him up and put him alongside other locals with similar stylistic tendencies including Jacidorex and X&Trick. With a few records out, each making more of an impression than the last, Vercauteren is lining up to represent the new generation of rave music, respecting and maintaining what can be considered a Belgian tradition at this point.

As we could’ve expected, you’ve brought us a mix filled with high-tempo, pounding techno. What’s the idea behind the track selection?

There are a few different styles in this set that vary between EBM, modern trance and melodic 90s influenced techno. I started my mix at 145 BPM like most of my mixes (if not faster). I don’t really like to go under 145, it just doesn’t feel right to me - I feel more energetic and excited when it’s 145 minimum. I also like slower techno, but it’s a different style of techno and for a different mood.

I began my set with some fast EBM which later on changed to a more melodic and trancy style. My last track in this set is an unreleased record from myself. It's something completely different from my other tracks. It's 170 BPM, inspired by post punk and synth/darkwave which is perfect for closings because it’s fast but still really gentle and melodic.

Is there a record or an artist that has been inspiring your work lately?

I’ve recently discovered a deep love for EBM and cold/dark wave. It’s something you are definitely going to notice in some of my tracks soon. ‘Disease X’ by Qual is one of the many tunes that inspired me a lot of some of my new work.

It’s a shame that you, like many others, haven’t had the chance to cause trouble on the dance floors lately. What’s the thing you miss most about not being able to perform in front of a live audience?

The energy of the crowd is something I miss the most. It always gave me so much adrenaline and made me more driven. Whether it was a small basement or big club, it’s always a good feeling to see the crowd enjoying what you play.

You’ve been able to stay busy since our government put a halt on live events. Giving masterclasses, performing on Radio Ruit’s online radio station for the recently founded local collective Banken, doing multiple live streams such as for Slagveld at Club Vaag in Antwerp as well as different podcasts.

Do you feel like there are more collectives and event organisations than ever representing hard techno and waiting to show us what they’ve got? Are there any of those that have more potential than others in your opinion?

It's a tough time for the event sector, that’s for sure, so it’s alway good to see that they’re not sitting still. There are some collectives and event organisations I know that really have put effort in staying busy and keeping the listeners and the artists connected. Like Rave Alert’s ‘Rave School’ concept, for example. It's where producers give tips and tricks in a 2 hour meeting online.

Has this time and period ever made you wonder what you would’ve done for a living if it wasn’t for music?

Well, I am still in school actually, I am getting a degree in woodworking. I am still young and my popularity has really only begun last year so I never really made a living out of it so far because of covid. You can’t always be sure it will work out like you want it to with music so I’m still trying to finish school to have a backup. So if I can’t make a living out of music, I’d make a career out of something in the area of what I’m studying.

It’s been close to a year since you dropped your latest EP ‘Higher Pitch’. Any plans on celebrating that by releasing another one? Mind sharing some of your plans for the (near) future?

Yes, there is a new EP coming soon on Rave Alert with 3 tracks of mine that I play in this set as well as a remix by X&trick. It's not going to be an EP with acid-filled rave tracks, which I’m usually known to do. I wanted to create something different. For this EP I got inspired a lot by cold/dark wave and post punk. It has been a long time since I released something new because I have been working on this EP for a very long time. Lockdown had a big impact on my creativity, but eventually I managed to finish it and I’m now looking forward to it being released.

Next up: Emily Jeanne