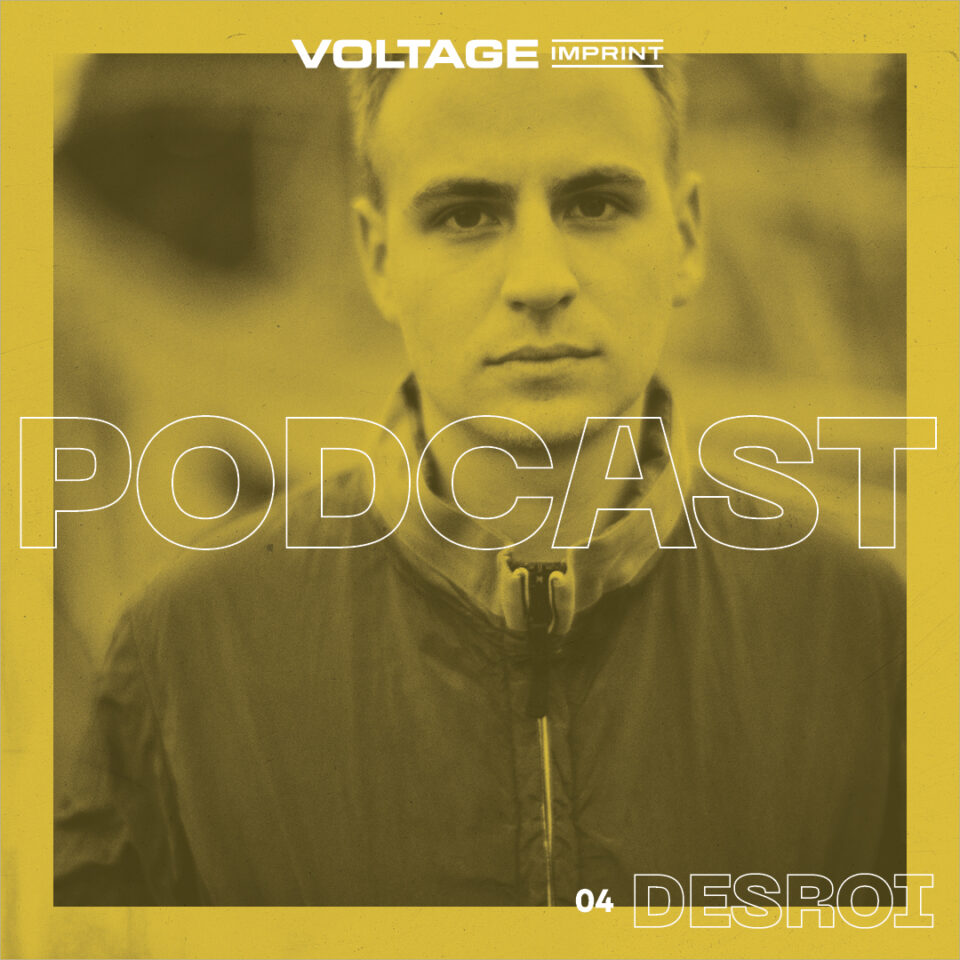 Desroi has really been a name to look out for these past few years with a string of strong and successful releases on AVIAN, Semantica, and more frequently his self-named imprint, which has been the home to many of his most successful tracks.

Living in Düsseldorf, Germany - Lindeman has always been interested in music, having always grown up around it - he even started his own label while studying composition in art school, and is now known for his hypnotic, sometimes heavy and always attention grabbing productions as Desroi.

Give us some background on what kind of music you grew up with, and music that you currently listen to. How has it/does it influence or mixed with what you do as Desroi?

In my early days I mostly grew up with the music my dad was listening to. I believe that had a big impact on my musical development. It was a very balanced and tasteful mixture of pop, jazz, electronica, rock and some classical. To name a few artists in no particular order: Frank Zappa, Tom Waits, Daft Punk, Air, King Crimson, Kraftwerk, Miles Davis, Alice Coltrane, etc.

When I was a teenager, I had some friends listening to house music and I just loved it. So when I first started partying and all that, it was a lot of house music rather than techno. That came later.

However, I was doing music early on. First as a guitarist in a band in my early teen days, I then bought my first synth when I was 16. It was a Doepfer MS-404 and it took me two days before I got any tone out of it. From then on, my interest totally shifted towards electronic music and synthesisers. Nowadays, I still listen to a lot of pop, rock and jazz music. I love techno, but for me the best place to enjoy techno is a club. It doesn’t happen too often that I’d chill on my couch, being hammered by some 135 BPM Techno music in my living room.

Having released on labels like Semantica and AVIAN, most of your music is released on your own ‘Desroi’ label. Is releasing other artists on this label something you’ve considered doing or is it dedicated solely to your music?

I started my self-eponymous label “Desroi'' to put out music quickly and whenever I wanted. So for the time being, it’s solely committed to my own output, but I have plans to start a new label or rebrand mine, in order to put out other people's music as well. Let’s see where that goes.. I have no concrete plans on this yet but I’m very eager to do so.

Your music is really rich in textures and space but remains very functional in nightclubs. When you make a track, what is its function and what effect are you trying to give?

Short answer: to make people dance their ass off. Long answer: I’ve always found interesting textures and new sounds more appealing than breaks and snare-rolls. My music is definitely not about those “hands-in-the-air-moments”. I hope I can get people sucked into my music and create some state of ecstatic hypnosis. A state where you literally switch off your brain, just be, dance and forget about your fears and worries for a moment.

You have a very strong passion for producing on a technical level and have even studied music composition.. How have your studies played a part in the development of your work as Desroi?

My studies definitely helped me gain a deeper understanding in music theory and production. That being said, I didn’t exactly plan to become a techno guy and DJ in the first place. I was 18 or so when I enrolled and just had a deep interest in electronic music per se. And of course I was lucky and happy to be able to professionalize my enthusiasm in music.

How do you construct your tracks? Is there special gear or methods you use?

To be frank, I don’t really think about how I arrange and construct my tracks. A lot of arrangement comes from jamming and the fact that I played a lot of live shows. Over time, I gained a certain sense or instinct over what works on the dance floor and what does not. So, I got to a point where I was eventually able to reflect and analyse my jams and shows and put all that knowledge into my current productions. Lately, I’ve been using my modular system a lot again. That varies often, at times. But usually, I start out finding an interesting sound, riff or patch and then create a beat and all that around it. That’s usually my method.

We’re extremely excited to have a track of yours on VOLTAGE’s 5th release coming out soon... Can you give us a bit of information on this track and how it came about?

Basically, this particular track was created exactly this way. I had this main synth sound created on my modular and found it to sound pretty sick and interesting enough to try to make a track out of it. So I ended up layering the main synth riff with a bass drum, hi- hats..etc. That’s basically all I can say about it [laughs].

Any future projects/releases coming up?

Actually, a lot of stuff is under way. Over the past months I’ve written some tracks which will be DESROI005. The EP will be called “Hanabi” and I reckon putting it out by early April. I played the title-track “Hanabi” at the end of my set that I recorded for you guys. Further, I’ve started working on some music together with Sciahri. We had our debut track released on a VA on MORD earlier this year and we’ll have a full EP out later this year. Then there’s other stuff I’m working on, but that I can’t yet talk about at this stage, as per usual.