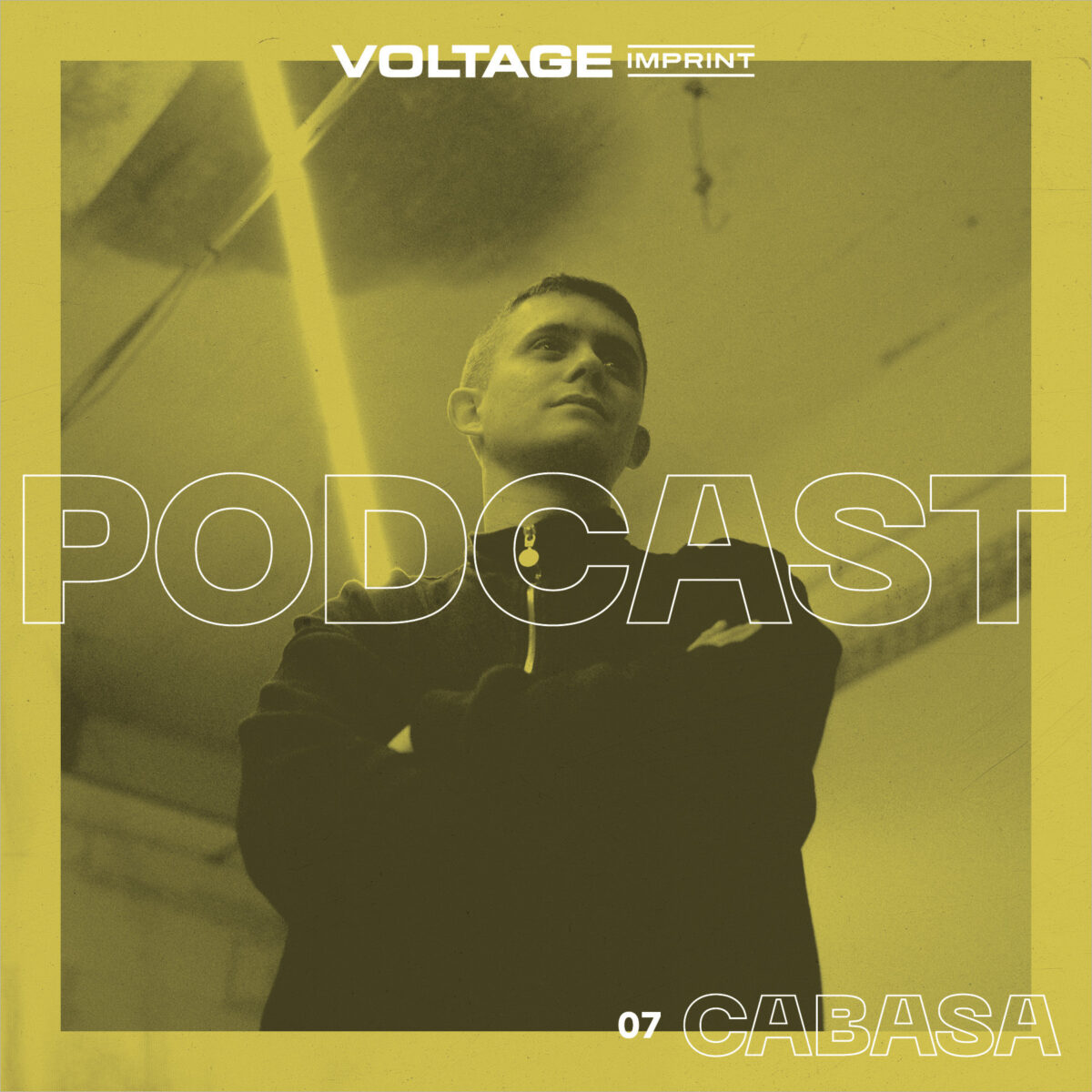 Kevin Pleinnevaux has been a very important factor in the local Belgian scene, having crafted his very distinguishable sound from an early age that can be heard equally in his selection and his productions.

It comes as no surprise that Cabasa has lived in Birmingham and, until recently, London - making it clear that the UK sound remains central among his influences to create wonky, rhythmically alternative, and simply fresh music.

When considering this, his residency at Under My Garage in Brussels was an obvious fit, having played alongside artists like Special Request, Forest Drive West, and Batu among other local acts that appreciate more alternative and funky dance music.

Walk us through your selection for this mix and pick one of the tracks as a highlight. How did you come by it and what makes it special?

This mix is a selection of tracks I would’ve loved playing in clubs if they were open. To me, the highlight of the mix is “Tout” by Lawrence Le Doux. It’s a track I heard him play live a couple years ago and loved at first listen. I’m very glad it has finally come out!

We hear a multitude of inspiration sources in your music and there’s a little bit of everything for everyone. What have you been playing lately that gets you through the day, electronic or not? Is there anything from Belgium that’s caught your attention recently?

The albums I’ve listened to the most lately are upsammy - Zoom and Isorinne - Echoic Memoir electronic wise. I strongly recommend Pressure Dome’s latest V/A compilation as well. They’re a Bristol based label releasing all sorts of bass music, all really up my street. Otherwise I’ve also been listening to a lot more grime/UK rap and I really enjoy Digga D’s latest project. Actually, I’d never properly dug into UK drill before.

Regarding Belgium, I love Meakusma’s latest release (Sébastien Robert - Emerging Threshold) – which I’m listening to as I write this. Incredible artwork as well!

You were based in London for a while, but moved back to Brussels a couple of years ago. In 2019 you said that you didn’t feel like you’d move back any time soon; what was the thought process behind the move back and how are you feeling about it?

It all happened pretty naturally actually. I just felt that it was the right time for me to move back home as the Belgium scene (and especially Brussels) seemed to be as interesting as the London one (considering the difference in terms of size, obviously). I was also a bit fed up with London’s stressful atmosphere and simply missed home and my friends.

What are the positives and negatives of being a part of a smaller scene?

In my opinion there isn’t anything negative about it . You get to meet everyone very easily and there’s a sort of family feeling. This is something I didn’t like about the scene in London : a lot of people want to be part of the scene and that creates competition, which is good in a way, but unfortunately there isn’t space for everyone. I feel like having a small scene makes it more accessible and tangible – it’s kind of demystified and seems less serious.

Having started a record label and throwing parties with your dad early on must have taught you a lot, and when considering the connections you’ve made with labels, collectives, and artists in the UK and Belgium. Finally, you now run your own label Eclipse Tribez where you released your Uncle Sigmund EP alongside projects from other artists. You’ve really been able to construct an original universe for this label; how do you select the artists that go on and do you have any plans for the label’s future?

Eclipse Tribez was first founded by my good friend Martin (aka Serge Taquin aka DJ Rim Source II aka Bartin Motte). It was born of the ashes of his old label Unknown References and he asked me to do the first release (Uncle Sigmund’s EP) which I did. I joined the label some time later after Martin asked me to get onboard!

We try and release music from artists we know in person, though we often get demos sent through and aren’t against releasing them if it catches our attention and suits the label. That’s the case of our next release that is by Austria based artist Awo Ojij (soon tba).

There is a certain music direction we’ve been following since the first release that is quite stripped-back and bassy music. I also feel like we innately release music that can be played in the club as well as listened to at home (or wherever) and we’re willing to keep this common thread.

You recently released an EP with Basic, a project that’s quite different from what you regularly put out. How did this collaboration come about?

I met Seb (Oxyd) and Virginie who both co-run Intramuros a few years back in London. We’d always talked about a potential release since then. So for a while I would send them demos and they finally picked 2 tracks and thought a split EP Basic was relevant. I was well up for it as I really like his music!

Those tracks are another aspect of my production for sure but aren't that different to the music I put out before in my opinion. But it's definitely a different vibe.

You’re not afraid to test things out and experiment. So, as someone who likes to remain between the confinements of genres, and with the current situation at hand considered, which direction do you feel like electronic music will be heading to in the near future?

Joker. Don't think anyone can answer that one haha.

Any new projects to be looking forward to from you?

Hopefully a new release by the end of the year!

Next up: Jan Vercauteren