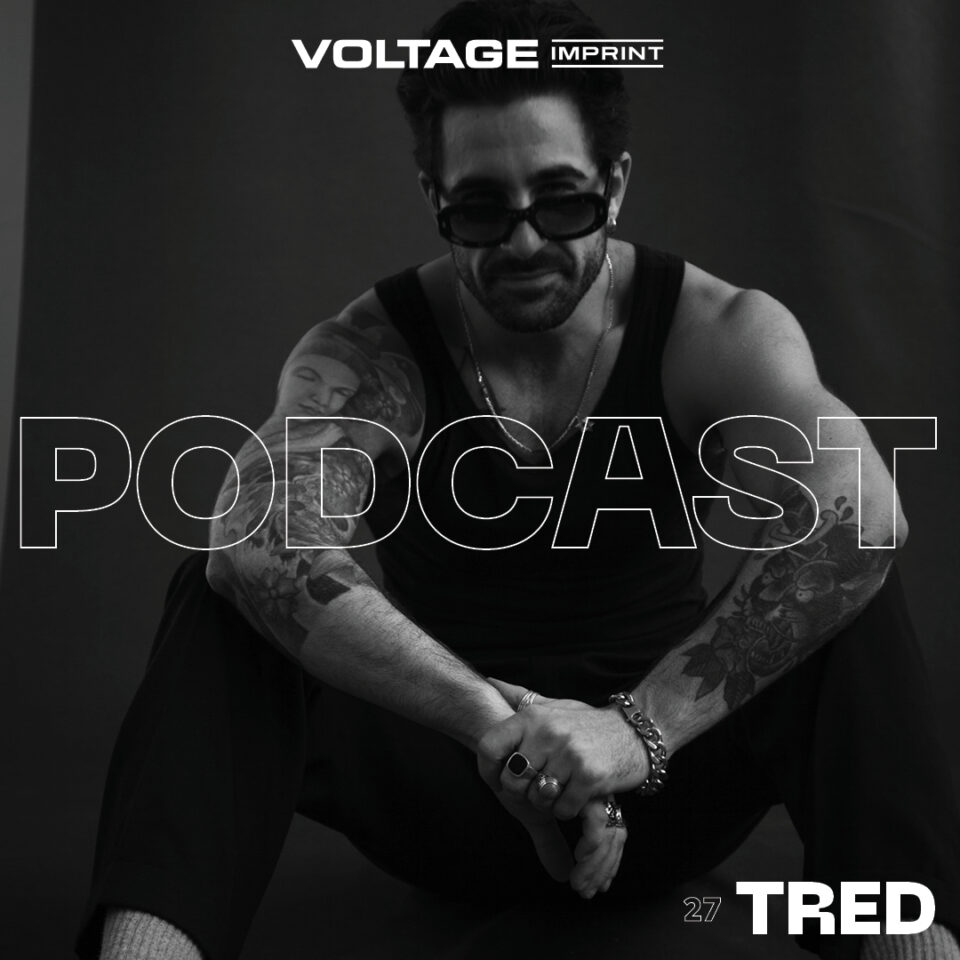 Currently based in Berlin, it comes as no surprise that Edward Treleaven comes from Australia when you have a first listen to his sound.

Going into his discography, we can clearly see a transition into maximal composition evolving from three releases between 2018 and 2019 to his current work starting in 2021. With the first two on New York’s E-missions label, the tempo is relatively high, but remains familiar, characterized by spacious melodies over thinner Detroit electro grooves. The last release in this style, ‘Planet Perth’ came in the form of a 4 track EP with remix invitations for unignorable electro artists Privacy and fellow Australian Jensen Interceptor.

With a small pause in 2020, Tred came back in force the following year with a new sound for back to back releases on Lobster Theremin’s main label and sub label 1Ø PILLS MATE. These tracks mark a switch where high intensity, hybrid techno becomes the focus to fully match the label’s artistic direction.

Making a solid impact in a rapidly evolving scene, Tred confirmed his relevance with these last two releases to push forward a DJing career that takes him all over Europe and Australia. Playing alongside heavyweight artists all over, it doesn’t seem to be ending any time soon for him.

What are you trying to get across with this mix and how does your selection reflect that? Is there a track that stands out to you?

Usually I use online recordings as a showcase for new music from friends and artists that inspire me. The mixes are a little quicker than what I would normally play when I’m mixing between vinyl and digital and I tend to think of them as snapshots of exciting music that I will then work into my performances when I play out. Preparation for these online recordings differs quite a bit from my normal gig prep as I only have turntables at home and with that I usually just prepare records for shows. I don’t normally have so much of a set tracklist for club shows so having well organized folders on my USB’s helps me piece new music into my sets. I’ve been playing a lot of the new UF095 on Mama Told Ya recently, especially love the psy vibes on Circlepit!

Give us a bit of background on your work and inspirations. How did growing up in Australia help shape your sound and how has it changed since you left?

In a previous life I drove around outback Australia fixing heavy mining equipment for Caterpillar. I think the technical nature of this work helped shape my current workflow in the studio and I apply a lot of the logic based decision making I learnt from that career into my day to day life now.

The sounds that I carry forward centre around a constant need to keep moving forward and bettering myself. Most of the records I play hark back to a different era of fast techno in the early 2000’s but I’m also really trying to look outside of the normal scope of sounds and compositions when it comes to my productions. Finding a balance between something that has dancefloor appeal, cheekiness and euphoria whilst sounding fresh and sexy is my goal when working on club tracks. Having the ability then to piece these new works in between old-school tracks within my sets is what gives me a big fat smile. For me it’s so much fun to be able to recontextualize older music by placing them next to tracks that have a potentially different vibe but still a relentless forward motion.

What’s a favorite venue of yours to play?

Recently I had the pleasure of revisiting one of the first clubs I ever played at in Perth, Australia. A small space of 250 but a well appointed Funktion-One soundsystem. Coming full circle and playing in front of a lot of friends for 4 hours was really special and I shed a little tear seeing so many smiling faces from my hometown getting down to some bangers. Shout out to the Perth massif <3

You’re pretty close to Lobster Theremin, having released on their main label and one of their sub labels 1Ø PILLS MATE. How did you guys come into contact and what makes working with them so special?

I got to know Jimmy and the Lobster fam when we were booking him for the Polyrhythmic warehouse parties an eternity ago. We stayed in contact since then and when I started dropping my first few records he reached out to see if I had any tracks I was working on. I sent him a playlist of 10 tracks, he took them all and that made those two EP’s haha. Having such a diverse musical palette that Lobster and its sub labels work with makes the relationship pretty easy as if the music is dope then usually they are up for putting it out.

What’s the production process like for you? How do you conceive a track and what’s some of your favorite gear to use?

Well this changes every other week I’m in the studio. Sometimes it feels like I’m throwing shit against a wall until something sticks, other times I’m working with a very specific idea or influence. Generally speaking though I’m recording straight into Ableton arrangement view and then chopping up the samples and reprocessing the sounds from there. I like to have a visual idea of the track so I usually never use session view but that’s just my vibe. I’ve had quite a few different studio setups and now I’m building a new one again so this constant change keeps me on my toes. I’ve sold a lot of my gear and now working on signal chain ideas with filters and distortion units

What can we expect from you in the near future?

My dear friend Jordan Borg and I are launching a new vinyl imprint which will be a hotbed of talent. The first EP which is due midyear showcases artists from 5 continents. Also expect a very special EP on my brother Hadone’s new label, more remix work and some exciting collabs!