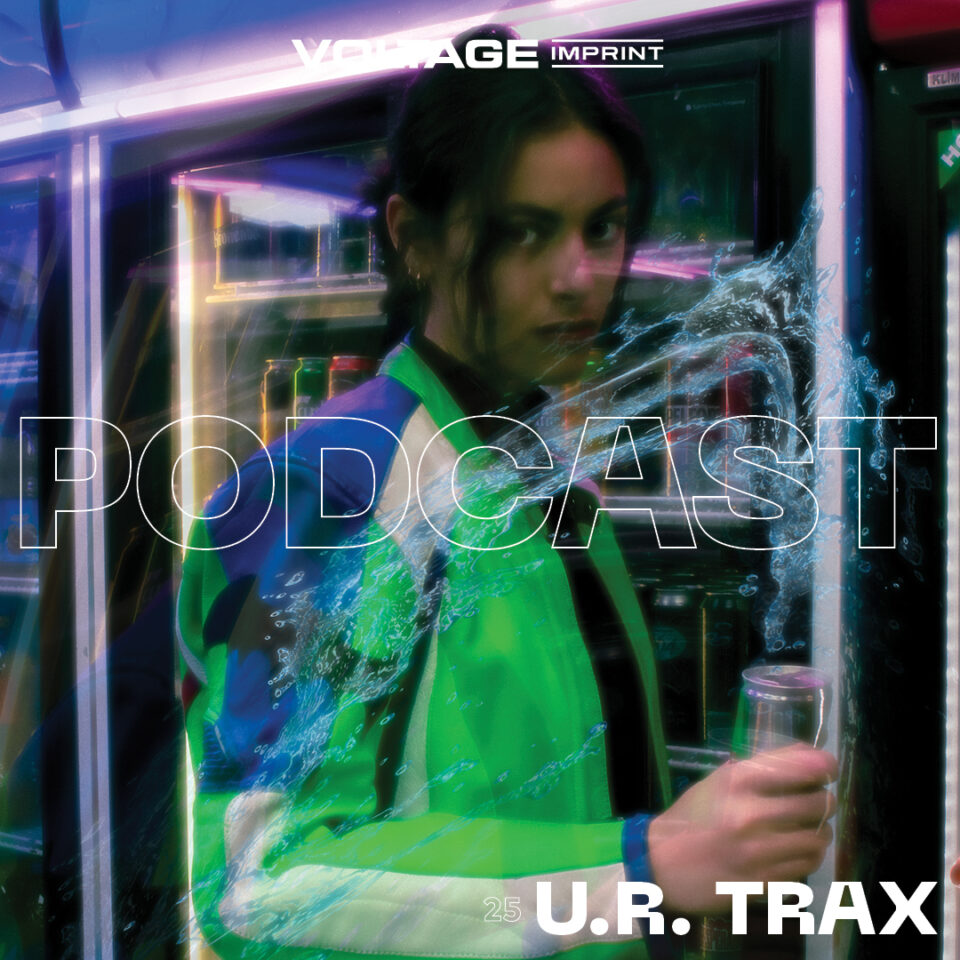 Hailing from the country at the source of the hard & fast techno explosion, France, u.r.trax has been a name on the tip of everyone’s tongue since she landed in the scene. It can be easy to forget her age when she controls the decks, her carefully weighed combination of groove and power has been gracing the international scene as of late, garnering more attention and pushing her to the forefront.

Her high intensity productions match her sets and have been released by some of the most sought-after contemporary labels in the style - Hector Oaks’ KAOS, Nina Kraviz’s Trip, and even Asquith’s Lobster Theremin. These records are reflective of a priority clearly focused on rhythm, something u.r.trax has had for a long time, having started playing the drums from an early age.

With her hands firmly at the helm of the French scene and beyond, u.r.trax is a name you can expect to hear more in the coming years.

You say you prefer to focus on the emotions expressed by your music, rather than on the “rules to make it work". How does this approach translate when you record a set, especially this podcast for Voltage? For example, did you approach it in a very free way, without preparing the tracks in advance?

I didn't prepare this podcast in advance: first, it's not very fun for me to prepare podcasts in advance, and then I mix on vinyl - it's complicated to prepare the tracklist when you use records. As for the recording of this podcast, I invited some friends to listen to me, it's more cozy! I don't like to make podcasts alone in front of my wall, music is meant to be shared! Even when I produce, I often have a friend with me. Even though we don't necessarily interact, their presence alone inspires me.

You started music with a classical training in drums, then saxophone, clarinet, piano and guitar. How does this classical instrumental base influence your approach to electronic music?

My training is not only classical. I went to the conservatory, but, for instance, I also learned drums with an old rocker in a 5m2 studio - it was quite funny. So I don't think there's much interaction between my classical heritage and my approach to electronic music, at least in terms of musical theory.

On the other hand, drums are the instrument I've been playing for the longest time, and techno is a percussive music, so I don't think there's definitely a relation there! At the moment I'm very interested in music theory and it's true that it can unlock certain things. I'm careful though, because theory can quickly create shackles, and I prefer to stay on the experimental side.

Your approach to music is political, and this spirit infuses your sets and performances. According to you, "the revolution could [indeed] only take place through the arts". Do you feel a spirit of revolution in the techno scene today, especially in Paris?

I think it's a bit too ambitious to say that music as such is political. Yet, the practice of music in a concrete context, as for instance a party, is political. Techno is particularly political because it is associated with the free, illegal rave culture, which is a form of rebellion.

Today, this culture has become commercialized, which is not good or bad per say, but means we now have two different things: the original culture and the industry that has come from it. Partying freely and illegally is even more complicated today with COVID, and it's a pity because I think it's important to have spaces (real or illusory) for young people to get out of the basic commercial club, places with more freedom, notably in terms of clothing.

You talk about the influence of Covid on the free and political party. Do you think there has been an evolution in the scene in relation to this?

The evolution is more a feeling than something concrete, but it's true that I feel a change between before and after Covid, especially personally in my creativity. Concerning the scene in general, it seems to me that even if there is the return of the party, one feels that this taste of freedom is missing. This freedom, which must be infinite and carefree, is badly handled by the uncertainties.

For example, I started playing again and I can’t stop questioning my situation: will I be able to continue playing, what will happen in two months? Nowadays, you have to meet certain conditions to go to parties, like being vaccinated. It makes the party more standardized and less spontaneous, our relationship to the party is less free.

Last year, you launched the Under Rave parties, which take place everywhere in France and are intended to be exported to Belgium and Berlin. What is the outcome of this launch, and how do you juggle between being a producer and DJ on the one hand, and a party organizer on the other?

In one year, we haven't had the opportunity to do many parties because of Covid... But it's absolutely great to be able to organize these parties because my role is one of curation in partnership with clubs, so I can really invite the artists I believe in.

There is a sound that I defend tooth and nail, which is not the more aggressive one that is omnipresent on the scene today. With my Under Rave parties, that I wish to develop as much as possible, I have a space to create a link between the artists I enjoy and to promote this sound which is dear to my heart.

How would you qualify this sound that you defend?

I have the impression that under the same word techno, we have two origins: the heritage of the free party, a rather fast, industrial and hard techno and the club heritage, more minimal, trippy, round, a more “chic and classy” techno. Today, the techno that lives well on the scene is rather the one coming from the free party. The lexical field of this sound is quite violent, and I don't find myself in this universe. I even see in it a rather masculinist speech.

Personally, I would like to defend a fast techno that is not necessarily industrial, that remains poetic without being all the time war and violence. We can dance hard and let off steam in a different way than in violence: I like to go to parties and have fun in my head for hours, just hypnotized by the music. Personalities are different and people need different ways to let go and unwind.

You represent a new generation with its aspirations, its questioning and its fresh look. What changes would you like to see in the scene?

I would love it if there was more musical diversity in Paris (for instance ghetto, electro, trance...). There is already some for sure, but there could be even more variety. This lack of sonic diversity also implies that there is not enough diversity of bodies in the line ups - I have often found myself being the only woman on line ups full of guys. I would also like to see, at least in Paris, more diversity of places. We have a lot of great mythical clubs and warehouses but we lack really cool places that magnify the party.

What would you like to explore artistically today? Do you have any new projects in the pipeline?

Yes! Since last September, I've been working on an EP/album project that won't be only techno; I am starting to sing with a vocal coach! My influences before techno are more about rock, coldwave, and I wanted to mix all that to create new sounds and songs.

I can't wait to share all of this because I really want to propose a full narrative, with not only music but maybe a label... we'll see what happens next!