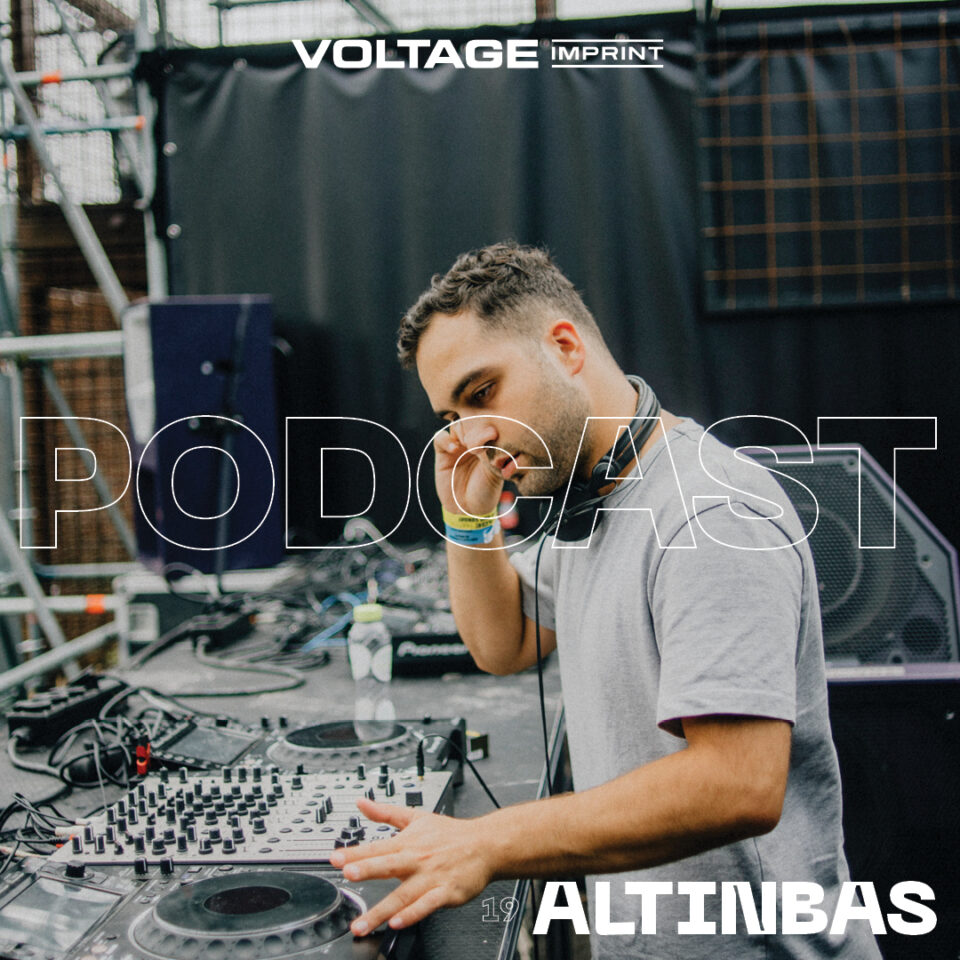 Based in Brussels, Altinbas has been at the forefront of techno production and mixing for the past few years. His acute knowledge of sound design allows him to create layered elements rich enough to allow for minimalism without losing the track’s body.

Since his first record release in 2015, his style - naturally - has changed. Almost tribal-like leads evolve over the span of his records, distancing himself from percussion-based arrangements from before to allow for deep and tunneling atmospheres. These records, especially Layers of Compassion on Non-Series’ White sublabel, embody these qualities to create truly hypnotic club music that has found its way in many top selector sets all over the world. Altinbas has seen multiple record releases on TWR72's Float Records, the EP on Psyk's Non Series White, and VA releases for VOLTAGE and C12.

Apart from his work as a producer, Altinbas has been DJing for some years and even started an event concept with friends and colleagues lunar convoy and Sonhan. With a razor sharp Funktion One system for a 120 person capacity, Metropolis is a place for its artists to experiment with music without the burdens of common club etiquette. The intimate event has amassed a reputation since its beginning a few years ago and is announced to return the 19th of December. More in demand than ever and recently being named a Fuse club resident, Altinbas’s universe has been gaining traction with every release and set.

What music did you grow up listening to and how has it influenced your work today?

My first electronic music experience comes from my big brother, who was into breakdance when he was younger. He would make me listen to old school electro/hip hop like Afrika Bambaataa, Cybotron, Planet Patrol, etc. We also had videocassettes of DMC World Championships, which I would watch a lot as a kid.

Compilations of winning dj sets from late 80's to 90's. Remember vividly sets from the likes of DJ David, Cash Money, Cutmaster Swift, etc. Seeing how they could mix each record together, the cuts, the scratches, it blew my mind.

So the whole DJ-ing thing, and electronic music in general, has been part of my life since early on. I wasn’t able to DJ myself until I was 19/20 years old, as I could finally spend my own money as I see fit, which is also around the time I discovered techno.

I probably forgot more influences, but I have been listening to a lot of different genres of music throughout time.

Walk us through the creation of your event collective Metropolis - what are you trying to accomplish with the concept and where do you see it going?

Well, we're doing these events with my long-time friends Nicolas (Sonhan) and Souleiman (lunar convoy). With Nicolas, we used to throw afterparties every Sunday for 1-2 years around 2013-2014. This is where we really learned how to DJ and truly develop it in a more professional manner, mixing in intimate parties with a small crowd.

We wanted to start something new together for a long time, us 3. When we finally found an available venue that fit the image we had in mind, we just jumped on it. Metropolis's main goal is to present something interesting on a Sunday afternoon, which is a pretty empty slot in Brussels.

We don't really have some grand designs, it's a concept that just pushes our taste in music as a collective. The artists we invite are based only upon our subjective tastes. DJ's we think are really interesting and would like to present in Brussels. DJ's we usually never or rarely see booked here.

Metropolis is also a place for us to play the music we usually can't, we each have our extent of versatility as DJ's and our event configuration lets us explore and experiment with a lot of different styles (that usually revolves around techno for my part).

As it is happening on Sunday afternoons (15h-23h), our crowd is pretty open minded and people are really there for the music, which is a real blessing for any passionate DJ. We can start an event at 80bpm and finish it at 160bpm for example.

We want to have a warm welcoming atmosphere for people of any background that are gathered together by the one thing most important and that truly matters for us : music.

You’ve recently been named a Fuse club resident. As the central techno institution in Belgium and one of the most historically important European clubs, what can we expect from this new step and what does it mean to you?

Sometimes I still can't really believe it to be honest. Fuse is the club where I went to for my first techno night. Luke Slater and Psyk were playing, I still remember it. It plays such an important role in who I am as a DJ and producer today. I had some of my best memories there as a part of the audience, and now to be able to stand on the other side as a resident... it still feels weird. But it’s a good weird, I am very happy about it and feeling blessed to be a resident DJ in such a legendary club.

We’ve seen many style switches from artists around the world due to the pandemic... are there other styles of music you experiment with in production or in your DJ sets?

Anything I produce or mix mainly revolves around techno. With us starting the Metropolis parties though, I've started to dig deeper in different styles that interested me before. Downtempo, uptempo, electro, IDM, dnb influenced techno, dnb itself, electronica, but any particular music I like in these styles still has something fundamentally similar to techno. Repetitive, interesting drums, infectious grooves, interesting sound design, a particular vibe and emotion conveyed through it - a darker, somber aesthetic. Not exclusively darker, but something that grabs you and doesn't let go.

Besides that, with a new collaboration with my friend Cirkle, I've been leaning towards more old school influenced techno - faster, but still proper.

In a way, it still lets me explore new ideas and some interesting and original workflows. It’s new and original to us, especially compared to what we've been doing until now, of course..

However, I can't really call it a ''switch'' because this style is what was around when I first fell in love with the music, only it’s a lot faster today. Also, I have been digging old school techno since the first time I started playing. And I've spent a lot of time producing music influenced by it on my own, to the point of being very familiar with it. Seeing the whole scene going faster in tempo, we thought it would be a good moment to finally start this collaboration we've been talking about for a long time. Old school techno being our common passion, and us speaking the same language musically, it only made sense. I noticed with some time now, that I still had a lot of things to ‘say’ in that particular style.

With already a nice catalogue of impressive releases behind you, we’ve heard that there are many new things coming up for you. Anything you can talk about?

Well, we got our first collab EP with Cirkle coming out on Voltage Imprint, but the wait will be a bit long with the current delays at the pressing plants. We are planning another EP but that one is still in the works.

As for my solo output, I will have a track coming out in a VA for the new Russian label ''Shurale Records'', more of a story telling track. We will celebrate the first release of the label on the 13th November in Kazan, which will be my first gig ever in Russia as well.

Besides that I have 2 EPs still in the making for 2 different labels. I can't say more than that right now.

Also I will start my own label ''Observer Station'' soon. Which will be a home for releasing my musical 'adventures', I have been experimenting with a lot of different styles on my own as mentioned before.

I think having my own imprint will give me the freedom to finally get all this music out. I think it has the right to exist, even if it’s not necessarily club music. Hopefully everything will go as expected!